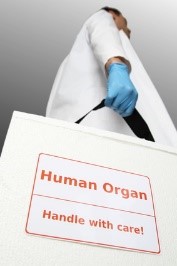 After breaking its record in 2014 and 2015, Spain again improved its annual number of organs transplanted, reaching the impressive amount of 4,818 transplants in 2016. 2,994 of them were kidney transplants, as reported by the Organización Nacional de Trasplantes (ONT).

This news doesn’t come as a surprise, as Spain has been leading the global ranking regarding the number of organ transplants carried out in a year for over 25 years now.

The main question is how Spain could reach and maintain such a gold standard in organ donation and transplantation, while there have been significant cuts in public spending on health in the recent years, due to austerity measures following the economic crisis. A paper discussing this topic was published at the beginning of the year in the American Journal of Transplantation, with the aim to help other countries learn from the Spanish experience. The main Author of the article, Rafael Matesanz (director of the ONT), pointed at the importance of a “good organization in the process of deceased donation and continuous adaptations of the system to changes”. One should not underestimate the fact that Spain introduced the current “opt-out” system for organ donation already back in 1979.