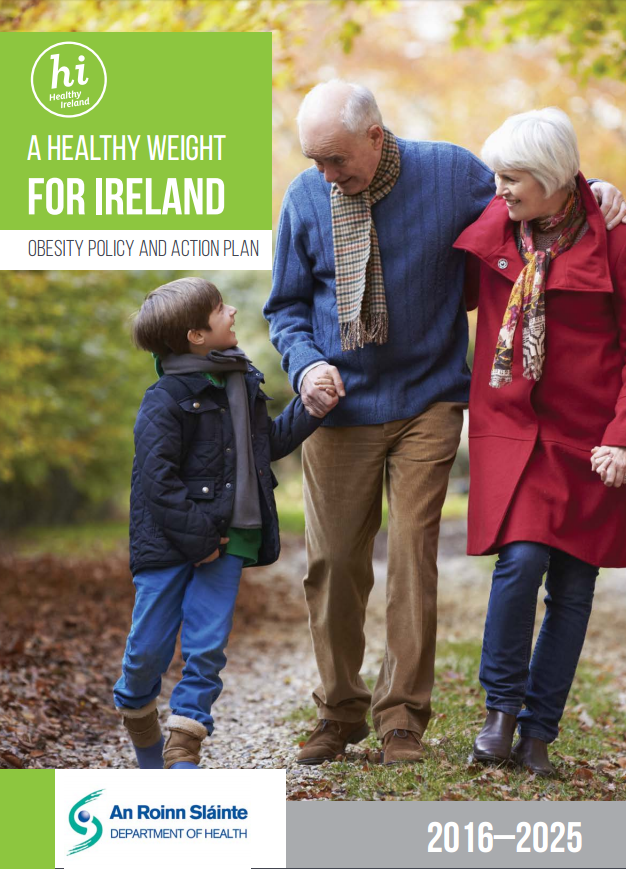 Following the issuance by the UK Government of its Childhood Obesity Action Plan in August, Ireland published in late September an Obesity Policy and Action Plan for 2016-2025. Titled “a Healthy Weight for Ireland”, the strategy builds on ‘Ten Steps Forward’ that will be taken in order to “reverse the obesity trends in the country, prevent complications associated with obesity such as diabetes, and reduce the overall burden for individuals, their families and the health system” in a ten years period of time. A number of priority actions are provided for each of them, which include tax measures aimed to support healthy lifestyles and diets such as a proposal for a sugar-sweetened drinks levy expected to be introduced by 2018. The Plan also reports the Government’s intention to assess the impact of increasing taxes on “products that are high in fat, sugar and salt to reduce their consumption.”

The report provides an overview of the situation in Ireland, noting that one in four children are obese or overweight while six in ten adults are. In adults over 50, obesity or overweight affect three in four individuals. The direct and indirect cost of obesity in the country is estimated to amount to €1.13 billion annually.

As part of the obesity strategy, an Irish county is considering the establishment of a “no fry zone for kids,” which would set a 400 metre exclusion zone around schools and playgrounds for outlets that sell food high in fat or salt.

Following the UK and French steps in developing sugar taxes, a study by the consumer group Foodwatch suggested the Government to introduce such a tax and redirect the funds for health initiatives, noting that 60% of 463 refreshment products on sale in Germany were “over-sugared” as containing more than six cubes of sugar per 250 milliliters. The proposal was supported by several health organisations, including the German Diabetes Association and the Association of Child and Adolescent Doctors, however, the German Federal Minister of Food and Agriculture Christian Schmidt opposed any initiative of the type, arguing that “creating a punitive tax for food products is the wrong way to go about the issue” and that the “key to convincing people to change their lifestyles lies in transparency, information and education”.