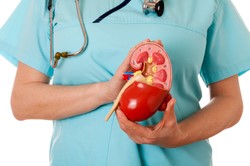 Through the use of the “right to alert” provided in the French reform law on the modernization of the healthcare system introduced by French Health Minister Marisol Touraine on the 26th of January 2016, the French Collectif Interassociatif sur la Santé (CISS), representing 44 patients associations in France, has asked the national health authority HAS to reassess the anti-rejection drug for kidney transplant Belatacept.

The initiative aims to attempt integrating the treatment on the list of expensive hospital medicines which are paid upfront by the French health insurance fund. At present, Belatacept is not covered by the list, which leads many hospitals not to provide it, impeding around 8000 patients to have access to the treatment, according to the CISS.