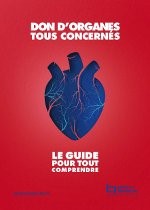 On the occasion of the national organ and tissue donation day on the 22th of June, the French Biomedicine Agency launched a campaign to raise awareness on the French law providing for the deemed consent scheme for organ donation, with the motto “organ donation, all concerned”.

A dedicated website was launched to publicise all events organised by partner organisations, and the campaign built on social media and media presence including on national TV channels with specific TV adverts.

The initiative has been taken in an attempt to boost organ donations in France, since organ transplantations are on the rise in the country but due to an ageing population, the number of patients on the national waiting list has doubled over the past 20 years; half of who are awaiting new kidneys.